“Alpha” Personalities dominate in Business – But should they?

NEW YORK, NY, May 11, 2011 – “Alpha” personalities rule in business. But these men and women who dominate and domineer colleagues and subordinates, and can insist on always getting their way, often ignore their blind spots and may actually cause more damage than they’re worth. Even with all their smarts and drive, Alpha leaders are apt to produce sub-par performance for their teams – and all too often take in (and dispense) bad information and advice, according to Vivian James Rigney, founder and principal of Inside UsTM LLC, an international executive coaching firm.

“Alphas often fail because they’re too predictable,” says Mr. Rigney. “Their behavior is so repetitive that the people around them learn to work with it – or work around it. We’re used to the idea that alpha men and women should be placed in leadership roles, but when that happens, performance can suffer.”

“Alphas can be coached out of their worst behavior,” Mr. Rigney adds. “The key is to recognize the causes, create self- awareness and show them how to work smarter and not harder. Alpha leaders are often found to be technically brilliant, extremely high performers and demand this from others. They revel in making decisions and being in control, have strong opinions and are unemotional in their thinking style. With self-awareness, this can be channeled to the good. Yet, the one common theme they routinely express is a feeling of being ‘lonely at the top’. They say to themselves, ‘It all rests on my shoulders and I have to deliver!'”

Among Mr. Rigney’s insights about the effect of – and how to change – alphas…

•Why alphas often don’t always make good leaders.
“Being an alpha isn’t the same as being a leader. It’s of course possible to be an extrovert and a leader, and not have the negative aspects of being an alpha. However, when we talk about alphas, we’re talking about people who are not only dominant but emotional: They can confuse intuition with anxiety and not listen to others. The ego tends to run the show. They often project an attitude of, ‘I’m the smartest person in the room, I built this, I’ve figured it out, and these people don’t get it.’ There’s lots of push-down from the top. A frequent weakness
is an inability to effectively invite other people and ideas in.”

•How subordinates manipulate alphas or learn to work around them.
“Alphas tend to be extremely predictable in their behavior, and in their likes and dislikes. Subordinates work with that information. Fawners tend to flatter the alpha, and manipulators learn how to say or do exactly what the alpha prefers (lip service). So the subordinates are conditioned to react around the whims of the alpha rather than being accountable for their own unique contributions and perspective. The alpha seems to dominate but really doesn’t.”

•Why alphas can be bad for business.
“Because they lack emotional intelligence, alphas are often unaware of what’s going on around them,” Mr. Rigney says. “They are decision-makers, but because of their personalities and their ineffectiveness in working with others, they don’t get good information. Their decisions are based on what subordinates want them to hear – usually too rosy or too negative a picture. Alpha leaders don’t see the situation the way it really is. And they don’t get the good creative ideas from staff that leaders need in order to be effective.”

•Why alphas need to be careful in the modern workplace.
“Ineffective alphas, because they generate so much anxiety in the workplace, can drive good people out of the business. Business culture has changed so much in recent years. Up until recent decades, subordinates were willing to put up with the excesses of alpha behavior – but that is no longer the case. Manipulators will stay and work with the alpha, but many talented people will leave. Simply put, many people don’t want to work for alphas anymore.”

•How to develop an alpha into a good leader.
“Coaching an alpha requires that you recognize and validate their strengths while showing them how to lead in a smarter way. Alphas dislike the assertion that their behavior may put them at a disadvantage and make them operate below their potential. But they’re also big on seeing evidence and data. Detailed 360° interviews and feedback, a roadmap for achieving results, challenging coaching style and clever tools and techniques on how to have an effective impact are the keys to success. Above all, a feeling that a coach ‘gets them’ is critical to building trust and getting results – getting alphas to become less fearful, less rigid, and more authentic – better listeners and better leaders.” 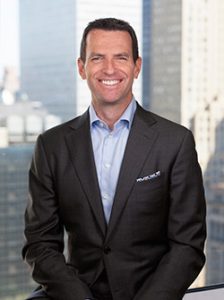 It is perhaps one of the fastest growing areas in corporate human development—how to create high performing teams. And, I stress the word human, because the keys to success nowadays have less to do with IQ smarts and competence/skills, and more to do with the ways in which individuals trust, engage, communicate and execute together.     Today, there […]

“Alpha” Personalities dominate in Business – But should they?

NEW YORK, NY, May 11, 2011 – “Alpha” personalities rule in business. But these men and women who dominate and domineer colleagues and subordinates, and can insist on always getting their way, often ignore their blind spots and may actually cause more damage than they’re worth. Even with all their smarts and drive, Alpha leaders are apt to […]
View Full Blog

Learn from our coaches

Get the latest insights, trends and research from our coaches on leadership and coaching

Fill in the form to make contact with Inside Us ®. As soon as we receive your details one of our colleagues will get in touch to discuss how we may be of service.

Welcome to the Inside Us Dashboard